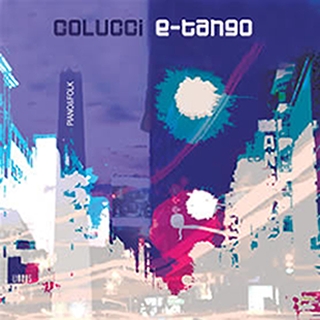 Colucci e-tango is an excellent instrumental album in which sounds and traditional formats of music from Argentina are mixed with a modern rhythmic support provided by electronic styles.

It is also noteworthy that the classical musical training of Colucci is filtered in several passages of the work. The result is a very interesting sound experience for the listener, which is continually invited to listen more. We could say that the genre of this great work is, beyond its contemporary mark, Music from Argentina.

The twelve tracks included in the album come from the need to explore new paths in the evolution of our popular music, as there is a trend towards the universal in our National Being.

The artistic work was produced in two stages: one, with maestro Luis M. Coralini, and the second one with the musician and composer Osi Tejerina. Most of the songs belong to the repertoire of Colucci, and within that group there are two co-written with Tejerina. Besides, Antonio Colucci also devotes space to version their most admired musicians. Thus we find classical themes developed in a fresh and friendly way, for example: Andrés Chazarreta’s “Criollita santiagueña” or Astor Piazzolla’s “Libertango”.

“in general, the current musical fusion work is centered on the tango, and as someone who lives in Buenos Aires I can not put it aside. But on the other hand, the fact of being born in the province makes the folklore always present in my music. So in the album I try to show that it is possible to address the folklore in the same modern fashion of the tango, and it is possible to integrate the two sources of Argentine music. By experimenting, mixing and merging music of Argentina, one could say that my work is a reflection on Argentina’s music…”

Colucci, besides being the arranger of the record, shines as a refined pianist, playing either tango or zamba. In his hands, both styles sounds equally intense. Fusion is not collection, is to merge one element with another one, and can be done with quality. Musicians like Antonio Colucci and albums like “Colucci e-tango” confirms that the music of Argentina, while it enriches and evolves, can always offer great talents to produce innovative and beautiful works.